Kavenism is the name of the original recording vehicle of Xaven Taner and was born around August 2001. The first recordings were loosely based around the concept of modern urban architecture and the alienation that the modern city can produce in people, and were influenced by the recording location of Canary Wharf. The album was a mostly minimalist ambient noise record, mostly recorded using basic synthesis and various abstract percussive loops. There were a few discordant vocal passages within the albums eighteen tracks. Screeching noise, ambient passages and death knell atmospheres combine with skewed samples and twisted vocals on Kavenism's first album, Experiments:Inhumanity.

A trilogy of Eps based loosely on various artists movements followed after Experiments:Inhumanity the first being Abstract. All the Eps use more traditional electronic elements such as sequenced bass lines and percussion, but the discordant nature of the first record is maintained. They also focuses more on the ambient and droning elements of the first record. Of the three EPs Abstract is probably the most coherent. The other two were titled Surrealism and Conceptualism.

Between April and August 2002 writing and recording took place for possibly the best of the Kavenism Cds; Abyss Metropolis The album has a far better standard of composition and recording than the previous Cds and has a more organic, cinematic feel to the sound, with depth and atmosphere. It also use live instrumentation in the form of piano, guitar and radio recordings and more glitchy sounds, moving away from the synth noise and aggressive electronics of the previous records. The concept revolves around the idea of seeing the fall of man and his dark city through the eyes of one of the city’s tortured inhabitants. The albums centrepiece "last call" is a stand out track. The guitar loop (and the other guitar parts on the album) was provided by The Minister. Xaven Taner provided the piano, there are sampled strings, sounds of fire, traffic, wind, the evil sounds of the factory, mostly created using kitchen utensils, and of course vocals from The Mistress 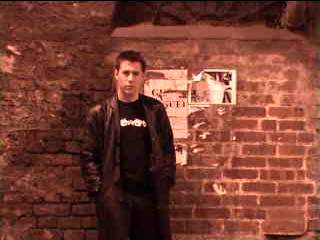 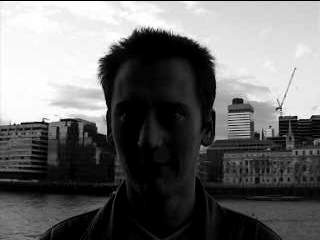 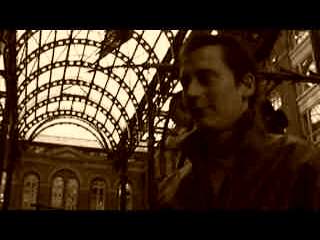 In September 2002 Kavenism completed work on an EP titled Random walks through broken streets. The EP was an advance on the concepts of Abyss Metropolis and had a more robust and complex sound thanks to the integration of the Absynth softsynth to the Kavenism set-up. This more ambient based work used a much more cinematic approach using radio recordings and synth sweeps combined with the usual Kavenism style of electronics and soundscapes to create three long progressive pieces and a short ambient intermezzo. Another EP "Scarlet Vultures On The Threshold Of Forever" followed shortly after which includes a cover of Nurse With Wounds Futurismo, along with the 15 minute title track.

Between July and November 2003 Kavenism worked on a concept album that became Personal Apocalypse. It contains seven long dark ambient/musique concrete style pieces focusing on the concept of apocalypse for different people and events in the 20th century. The first four tracks work as one long piece titled Funeral Music to cover the Holocaust. Containing testimony from holocaust survivors the text is read by Gemma-L-Clarke and Xaven Taner. Other themes explored are the allied nuclear attack on Japan in 1945 and Evolution. The recording process was stop start and distracted and as a result the work comes across as pretty unfocussed. 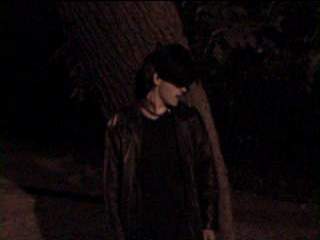 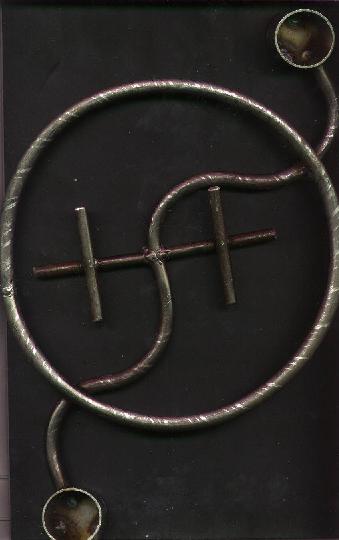 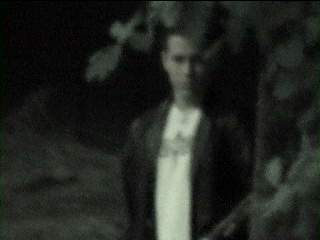 In January 2004 Kavenism finished Film music to cover the holocaust. This was a fifty minute soundtrack style reworking of the Funeral music to cover the holocaust tracks from Personal Apocalypse, correcting and re-recording the basic tracks while significantly adding to them. The style is a hybrid of cinematic dark ambient and musique concrete used in a pure documentary style. New testimony, tapes and samples and three interlude tracks were added to the original four parts. The album flows as a single unbroken narrative, telling the story of a group of prisoners from capture, their experiences while at concentration camps, and their liberation. Text is read by Xaven and Gemma-L-Clarke. and a poem read by Sara Sabin finishes the album.

In May 2004 Kavenism unleashed their most brutal work so far, the fierce single piece Ep Prélude au désastre (Privation Sociale). This is quite simply a protest song. Kavenism being a British based group express their disgust at the UKs involvement in the illegal occupation of Iraq through the semi punk spirited 24 minute anti war epic.

In July of 2004 Kavenism began work on another large project. Starting out as a work along the same lines as Prélude au désastre (privation sociale) the new album was to be a platform for a new Kavenism sound and direction. Employing many acoustic and live instruments into the mix including prepared guitar, oriental and Middle Eastern rattles, percussive instruments and flutes the album is a far more acoustic work than previous efforts. There was a heavy influence of classic 50s and 60s electronic music on the material. Particular influences being Iannis Xenakis, Robert Ashley, Gordon Mumma, Pierre Henry, Pierre Schaeffer and Stockhausen. Sara Sabin provided female voices and read the spoken parts of the album. In November 2004 the album titled La Politique Du Nouveau Monde was completed. Almost 100 minutes of music are contained on the final record. The artwork was a montage of treated photos taken in Osterley park. 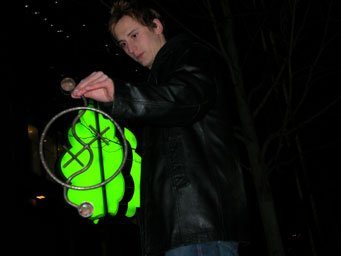 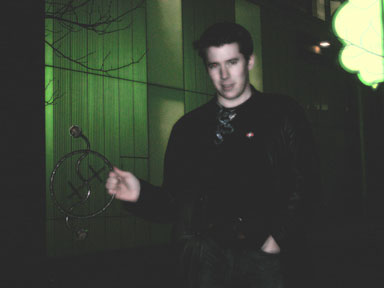 Another Ep was recorded in July 2005 titled Themes from a Fractured City and takes many of the Musique Concrete ideas from La Politique Du Nouveau Monde and infuses them with some of the cinematic textures from other Kavenism work like Random Walks Through Broken Streets. The last track Themes on Space and Noise is inspired by Nurse With Wounds Salt Marie Celeste album, and is an advancing montage of metallic and organic sounds drifting over an ever approaching drone. The second track is a pure improvisational piece using sampling keyboards to manipulate and play the sounds of crashing metal and dissonant tones, and is inspired by the recent work of Ikue Mori and Zeena Parkins.

In October 2005 Kavenism were contacted by Californian sound sculpture Vegetative State. After exchanges of old material Kavenism embarked on a collaborative project where CDs of raw materials were sent across the Atlantic and worked upon by each party. The result was the split album Experiments in Parabacterial Genetics (1st Session). Conceptually centred on weird science and genetic experiments Kavenism contributed two tracks one a 22 minute epic and the other a short electro-acoustic excursion with percussion. This recording became the final Kavenism release. After a period of inactivity where the only recordings being made were under Xaven Taner’s name it was decided to moth-ball Kavenism as a recording entity. At the same time in 2009 the website name was changed to Night of the World dot com.